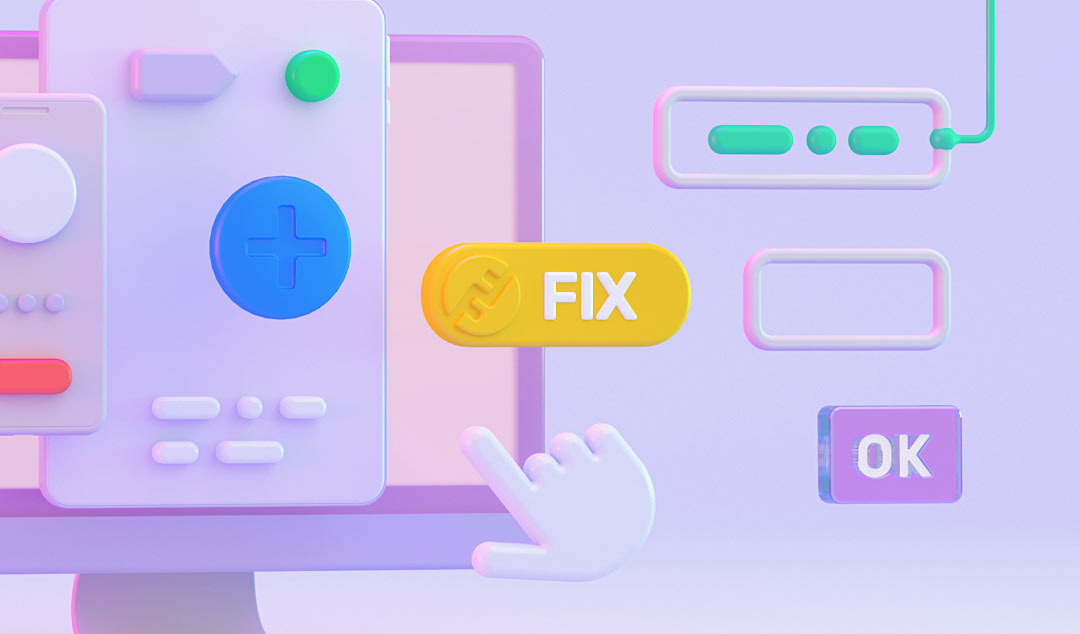 In the software development process, end to end testing plays a crucial part, and there are many kinds of testing, all with their own set of advantages and disadvantages.  Among these numerous testing types, Adhoc testing and Regression testing can be categorized as two of the most crucial. Adhoc is done with no predefined plans, while regression fixes bugs in an organized and planned way.

Now this will be unfair if you compare them because they have different powers and features. As a result, they are both equally unique. So now, let’s break them down one by one with this information.

Adhoc testing is a way of doing testing that avoids the need for a pre-planned testing plan. It is also known as exploratory testing, fast testing, and quick testing.

Adhoc testing is used when creating or following pre-planned testing is impossible. It is also used when the time needed to execute a planned test would be too long or impractical.

One of the main benefits of Adhoc testing is that it can be used to find bugs by randomly checking.

Random checking means that tests are done without any specific goal in mind. This approach allows testers to explore the system randomly rather than following a predetermined path or test plan. This also allows them to find problems that may have been missed if they were working with a specific goal in mind.

Another benefit of using random checking is that it can help avoid bias. By following a predetermined path or test plan, testers may be more likely to find problems that are relevant to their area of expertise.

Random checking allows testers to explore the system unbiasedly, which can lead to more accurate results.

Finally, ad hoc testing is cost-effective – you can conduct it on a limited budget without reducing the overall quality of the product.

How To Do Adhoc Testing

The purpose of Adhoc testing is to validate the functionality of a system or application by randomly creating test cases and executing them without following any requirements for the test.

Various forms of techniques can be used to create Adhoc test cases. One approach is randomly generating data objects, scenarios, and user interactions. Another approach is to use error-guessing techniques to create test cases likely to cause system problems. In both cases, it is vital to make sure that the test cases are sufficiently representative of real-world situations so that they can accurately reflect how the system might behave.

Testers need to have sound knowledge of the business requirements to perform this testing. They should also be familiar with the product, its features, and how it functions. When carrying out Adhoc testing, testers should be aware of the risks involved and take appropriate measures to avoid them. They should also be able to identify potential issues as early as possible and address them accordingly.

One of the most important aspects of Adhoc testing is identifying which business modules should be targeted for testing. The first criterion for selecting modules to target is whether they are likely to impact the overall functionality or performance of the system.

This includes modules that interact with other parts of the system, such as financial systems or information storage systems. If a module is likely to cause problems, it should be targeted for testing. Next, it is important to consider the objectives of the testing.

Testing may be designed to determine whether a new feature works as intended or to find any problems with existing functionality. In this case, it is important to focus on modules that are needed for either of these purposes.

Finally, it is necessary to identify which users will be involved in the testing. This includes not only users who will be using the system during the test itself but also anyone who might be affected by any changes that are made as a result of the test. It is important to have as many people involved in the testing process as possible in order to get accurate results.

Every defect needs to be recorded in some way or another, even if it’s just written down on a word doc. This gives developers a clear record of how to make the code fully functional.

Once the defects are recorded, it’s time to assign them to the appropriate developers for fixing. This ensures that the defects get fixed as soon as possible while keeping track of which ones are still pending.

Regression testing is used to identify any unexpected changes that may have occurred in the application during the code change process. Once the regression has been identified, it can be fixed before the release of the new version of the software.

Regression testing is typically carried out after a new code change has been made, but it can also be used to track down other types of problems, such as crashes or incorrectly functioning features.

Regression can be resolved by making a new code change and then conducting additional tests to ensure that the change has not caused any unforeseen problems. In some cases, it may be vital to re-engineer parts of the application in order to fix the regression.

How To Do Regression Testing

A regression test can be conducted using the following techniques:

Speed: Automating your regression testing process can speed up your test case execution by eliminating the need to manually run each test case. This can significantly lower the time for completing a regression test suite.

Accuracy: By using automated tools, you can eliminate human error and ensure that your regression tests are as accurate as possible.

Efficiency: By automating your regression testing process, you can free up valuable resources so that you can focus on other tasks, such as developing new features or fixing bugs.

Quality assurance: Automating your regression testing process can help ensure that the quality of your software is consistent across different environments and versions.

Communication & Collaboration: Automated regression testing tools make it easy to share results with other members of your team, ensuring that everyone is aware of which tests have failed and which have passed. This communication boost helps promote collaboration and coordination among team members, accelerating the development process overall.

Running regression tests on a system or application after a bug is discovered can help to identify other bugs that were not originally detected. This technique is known for re-running the test cases, as previously reported bugs may be included in your regression test cases.

It is important to keep regression test cases updated so that you can identify the latest changes that may have caused problems.

Also, when performing regression testing, it is important to follow some best practices.

One best practice is creating separate regression test cases for different app parts. For example, you should have separate test cases for login and registration, as well as for logging in and logging out. This will help you isolate which parts of your app are causing problems.

Finally, it is important to communicate regression testing results with your team members. This will help them understand where the problems are in your app and how they can be fixed.

Adhoc Testing vs. Regression Testing- What Should You Go For?

Adhoc tests are designed to be executed quickly and without planning. In contrast, regression tests are typically planned and executed with the goal of verifying that a change in code does not break existing functionality.

Testing is an essential part of any software development process, and it’s important to understand the different types of testing so you can choose the right tool for the job. This article provides a brief overview of Adhoc and regression testing and explains why each one is useful. Armed with this information, you’ll be able to select the type of testing best suited for your project and carry out your tests confidently.

In order to support such a massive testing environment for their testers, organizations cannot and need not allocate budgets or data center capacity. For cross-browser testing, organizations might consider cloud-based platforms such as LambdaTest, which offers access to more than 3000 browsers and OS for testing web applications and mobile apps online.

The LambdaTest cloud infrastructure enables businesses to produce perfect results in real time. A variety of testing tools, including Selenium, Cypress, Appium, and HyperExecute, can be used with LambdaTest Infrastructure. In order to enhance the competence of the entire team working on Adhoc testing, organizations can integrate the LambdaTest platform with best CI/CD tools such as Travis, Circle CI, Jenkins, Bamboo, AWS CodePipeline, and others. 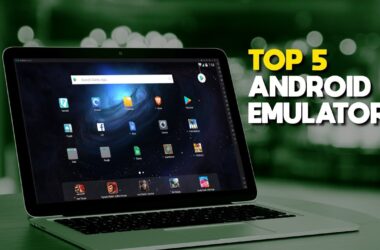 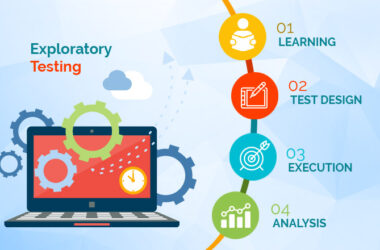 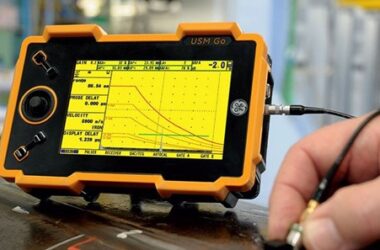 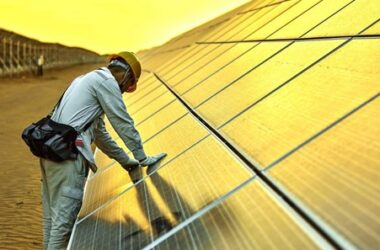 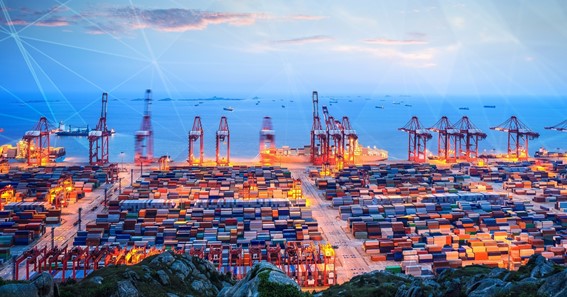 Trading In The Cloud? It’s The Future!