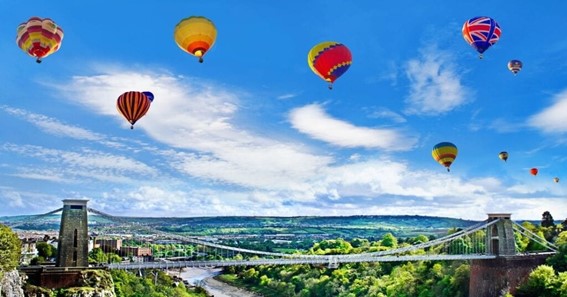 The British city of Bristol is overflowing with buildings bursting with beautiful colors, rivers that run around the environment, and that suspension bridge that is constantly talked about.

On the southwestern side of the city of Bristol, there is an intriguing maritime history, and in the present tense, there are creative media ventures and aerospace developments taking expanding their place on the modern map.

As a must-see tourist destination, Bristol has been recognized as Britain’s best city to live in more than once.

With a booming art scene, a wide range of incredible food, and amazing festivals that return on an annual basis, it makes more sense than ever to

secure your luggage storage in Bristol and see how many of these 22 things that you didn’t know about Bristol can be incorporated into your trip.

Bristol has the Fifth Oldest Zoo in the World

Bristol Zoo is the fifth oldest zoo in the entire world and has been open since 1836.

Bungee jumping all began on April 1st, 1979, in Bristol, when a member of Oxford University’s Dangerous Sports Club leaped from the Clifton Suspension Bridge, creating a new sport in the process.

Bristol is a Popular Name for Other Places

All over the world, there are 35 cities, towns, and other places named Bristol, with Bristol in the United Kingdom, believed to be the inspiration for all of them. There are twenty-nine of them in the United States alone.

Click here – Get Personal Loan Without Salary Slip in 6 Ways

St. Nicholas Market has earned the right to be considered one of the ten best markets in the United Kingdom, along with being the home of one of the largest collections of independent retailers in Bristol.

The author and the creator of the Harry Potter book series are from Bristol and eventually moved to Winterbourne, where her neighbors had the surname ‘Potter.’ In fact, there are numerous Harry Potter characters’ names inspired by places in the West Country.

Home of Blackbeard the Pirate

Legendary pirate Blackbeard (Edward Teach) called Bristol his home and had a hideout in Redcliffe caves.

Has Its Own Currency

In 2012 the Bristol Pound was launched, giving Bristol its very own currency in order to keep money in the local economy.

Lead shot for use in muskets was invented in Bristol and used from 1782 to the 1980s.

Not only was the very first solid chocolate bar invented in Bristol in 1847, but Bristol chocolate company Fry’s created the first-ever chocolate Easter Egg in 1873.

Waterside Plaza in NYC was built upon rubble from Bristol, with a plaque currently commemorating it next to the fountains on the harborside.

The world’s first commercial supersonic jet was designed and built in the Filton section of Bristol on April 9, 1969, with its last official flight touching down at Heathrow in 2003.

First Cycling City in the UK

Bristol was named the UK’s First Cycling City in 2008 by the government when the city was rewarded over £10m to establish more bike lanes and better facilities.

Home of Wallace and Gromit, Chicken Run, and Pirates!

Aardman Animations are based in Bristol and create family-friendly classics, including Wallace and Gromit, Chicken Run, and Pirates!

Blankets Were Invented by a Bristolian

As the story goes, it was apparently a Bristolian wool merchant named Edward Blanket who invented the blanket. He was later buried alongside his wife in St Stephen’s Church on Colston Avenue.

The tallest building in Bristol is St. Mary Redcliffe. Standing at the height of 89 meters and holding the honor of being the third tallest parish church in the United Kingdom. It was even once called by Queen Elizabeth: ‘the fairest, godliest, and most famous parish church in England.’

Approximately 25% of the world’s nature documentaries are produced in Bristol.

The movie information online archive known as IMDb was created by a man called Colin Needham, who ran the site from his own home in Stoke Gifford of Bristol. Needham would later sell the IMDb website to Amazon in 1998, but he’s still heading it up,

Darth Vader from Star Wars is a Bristolian

An English bodybuilder by the name of David Prowse was the actor best known for physically playing Darth Vader in the original first three Star Wars movies, while the famous actor James Earl Jones provided that deep voice that speaks volumes in every Darth Vader scene.

Due to local musical acts like Portishead, Massive Attack, and Roni Size, Bristol is firmly entrenched in the genres of Trip Hop and Drum & Bass music.

Click here – DO WE QUALIFY FOR A SPECIAL DISABILITY ATTORNEY? 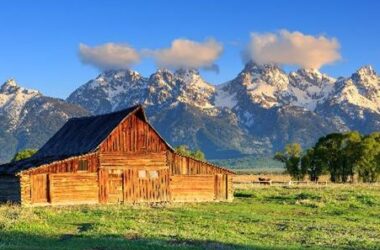 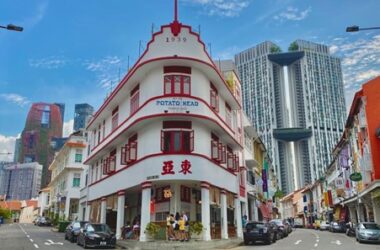 Be Part of The Newport Residences at Tanjong Pagar Singapore